Shortly after running 50 miles, I wrote a short little article analyzing what I ate the morning of and during the race. I examined the exact number of calories that I consumed compared to my estimated caloric usage.

Today, I’m going to share a few of the meals that I consumed in the week leading up to the race that allowed me to successfully navigate the 50 mile course.

Early in the week, we took a trip to the Valley of Fire. Beautiful place! Walking around there all day was hungry work, but thankfully we packed some sandwiches that we made in our room before heading out. 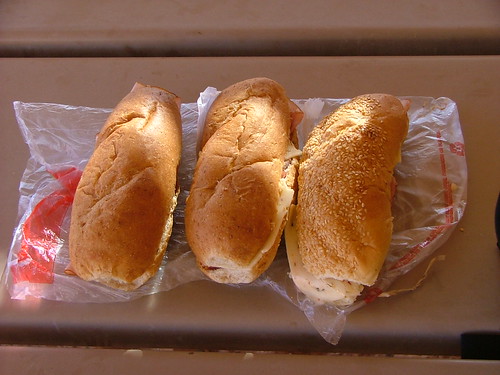 It’s important to relax now and then, which is surprisingly difficult to do in the daylight ambience of The Venetian in the middle of the night. Thankfully, I had an Italian beer to help me wash down an excellent pasta dish. 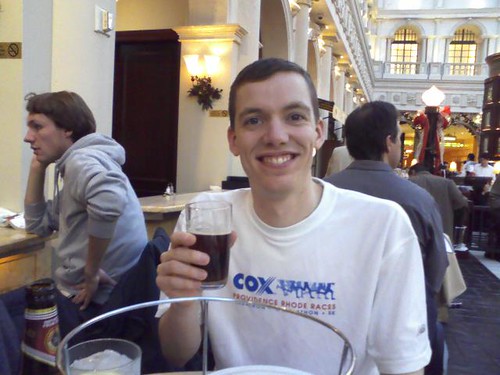 Walking around Vegas can be very tiring, though. There are a lot of people, nothing is near anything else, and if you follow the signs to get where you want to be then you’ll take pretty much the longest route possible that passes as many slot machines as they can bring you near. We were pretty tired by the time we found this Creperie in fake Paris. 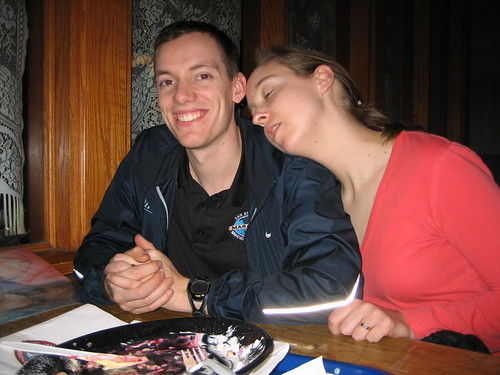 Our original plans were to do a hash run on New Years Day, but instead we met some friends at the Egg Works. As it was lunch time, I decided to try one of their Burgers. I don’t think that Erin thought that I’d be able to fit it in my mouth. 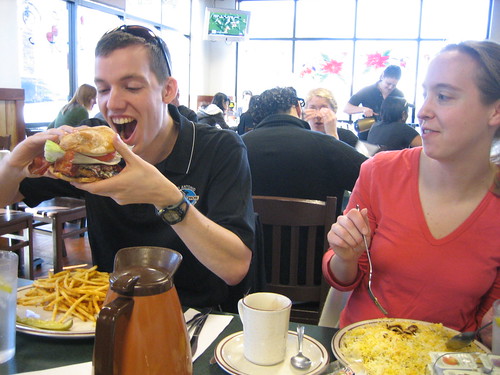 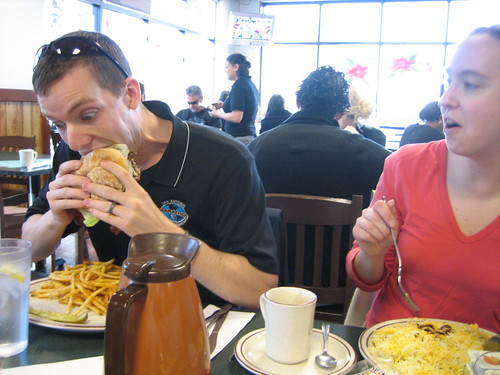 Sometimes, though, a burger just isn’t going to do it. Especially when you’ve been walking around in Vegas. Thankfully, there was a goldfish handy… 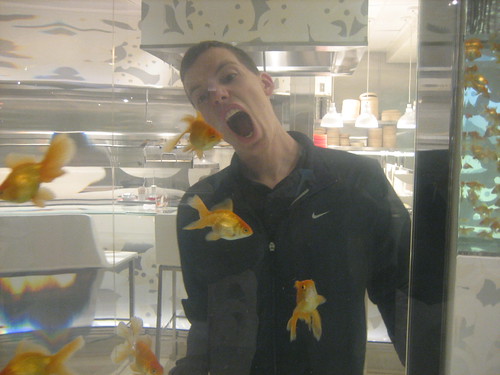